Craigmillar’s Game Club have launched a crowdfunding campaign to raise money to have their table-top game idea professionally printed so that schools, libraries and communities across the world can join in.
Led by Craigmillar’s Reading Champion, Claire Askew, members of the Game Club, aged 10-18 have been building their table-top game using paper, pens and their own ideas.
The crowdfunder, found here, would allow them to bring in professionals to work with them; get the game printed to a high specification; and get copies out into the world for people to play. 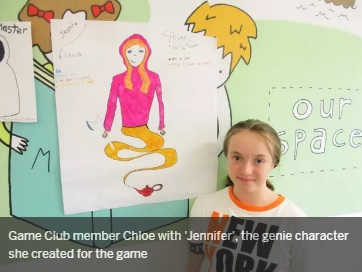 How Game Club came to be

Claire was placed at Craigmillar Library after library staff submitted a proposal for a Reading Champion to work with young people aged 10-18. The library found that they have brilliant engagement with younger children but once the young people start attending high school they usually stop attending.

The first thing Claire did was speak to young people in local high schools and partner organisations to see what they were most interested in. She found that the word which kept coming up was “games.” She took this back for further discussion with the library staff and Game Club was launched in June 2016.

Game Club takes part every Monday evening in Craigmillar Library, it is free and open to anyone aged 10-18. The club play analogue, table-top games with boards, dice, cards and tokens with all of the games having a connection to reading, writing, storytelling and literacy.

It has brought young people together from different backgrounds who have worked hard despite having other commitments like exams.

They have also developed skills along the way, as Claire put it “…being able to put ‘game developer’ on your CV at the age of eleven? Impressive, right? We’d like this game to be another step on the road to a bright future for these young people.”

Games they have played include: 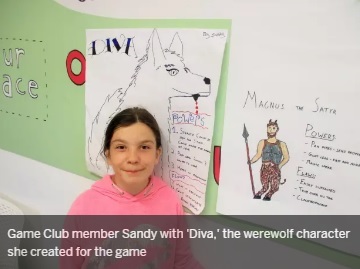 Since their launch, the Game Club have worked very hard with planning and creating mock-ups of their table-top game.

The board would be a haunted house, and be built one room at a time, with each room like a new chapter of a story. The theme would be fairy tales: playable characters in the game include vampires, fairies, werewolves, witches and ghosts.

Each new room the characters move into contains a new challenge, written by the kids themselves – solve a riddle before you can go on; do battle with a bad guy; open a secret chest and read the clue inside.

The aim of the game is to find the hidden treasure room, and solve the various riddles and puzzles to be the first to unlock it.

The next steps for the Game Club is to take the game in its current form, which is played using cards and drawn on paper, to have the game professionally developed. Any monies raised in the crowdfunder would be used to:

How you can help

The Game Club would love it if you could give just a little bit of money to help them make this game a real thing in the world. However, they understand that not everyone can do that so they would like to ask you to share their campaign as much as possible.

You can find the campaign and make a donation to the Game Club here.