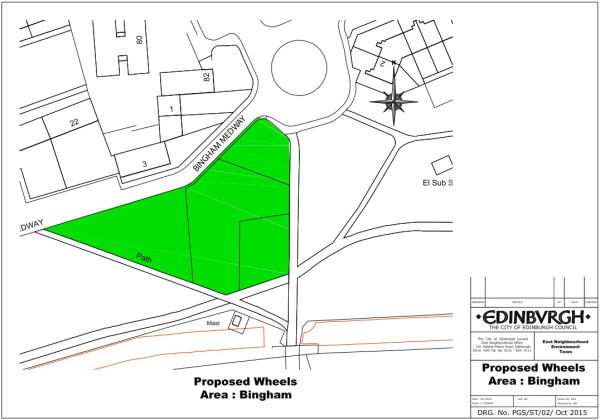 A consultation has been launched by The City of Edinburgh Council to gather residents views on a proposed ‘wheels park’ in Bingham.

After receiving requests from some residents and local Councillors, the Council have set up an initial consultation to see if there is enough support for the skate park proposal in the area.

Survey forms have been posted out to local residents from the Council along with a proposed location map and a drawing of a similar park currently under construction in Drylaw. The proposed site is bordered by existing pathways on the Bingham Medway side of Jewel Park.

The Council have stated that this may be a long process and the delivery of the park, if desired by the local community, may take some time.

The latest skatepark being built right now is in North Edinburgh at Drylaw.